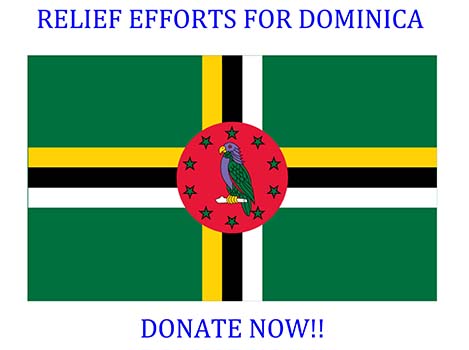 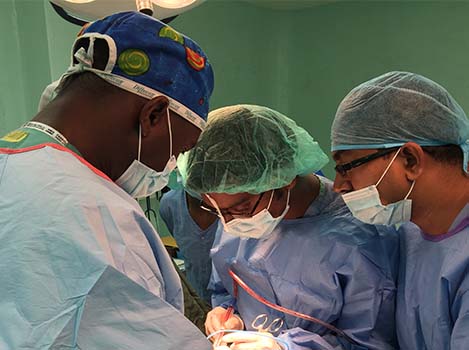 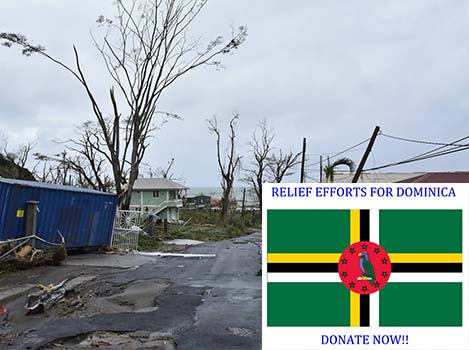 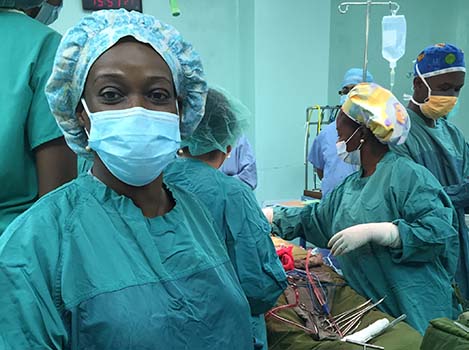 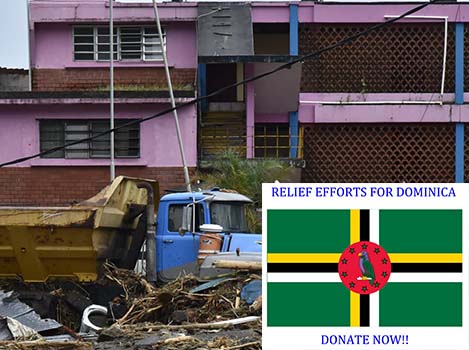 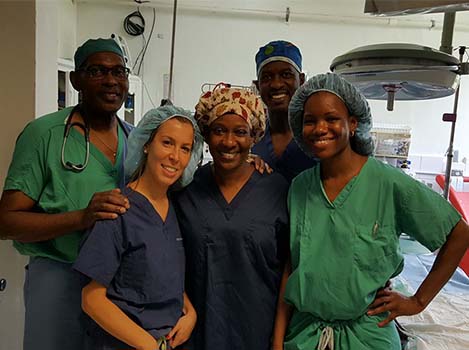 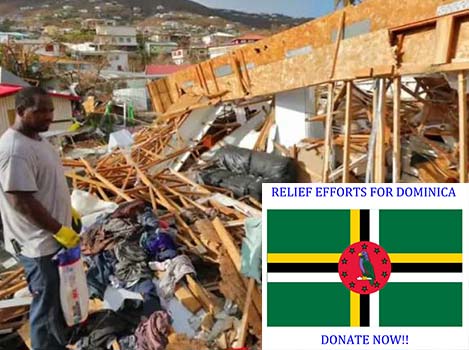 Dominica is known as “the nature island of the Caribbean” but nature, with Hurricane Maria wreaked havoc on Dominica on Tuesday September 19, 2017.

Dominica had barely recovered from the devastation of 2015 Hurricane Erica which left some areas of the country with entire villages needing relocation.  While attempting to rebuild Hurricane Maria stuck leaving the country cut out from the outside world and without communication for two days.

The Prime Minister of Dominica, Roosevelt Skerrit, in an interview on ABStv/radio tearfully responded when asked how people were doing, “some people are staying in their homes, others are with neighbors but some have nowhere to rest their head.”  The situation is grave.  Food, water and supplies are in great demand.  Medical care facilities need structural help.

Dominica’s 72,000 residences are in shock!  Ninety five percent of people lost their homes and belongings.  Roofs were gone from the force of the winds well before the storm’s eye hit the island.  Homes, schools, churches and the hospitals are in rubble.  The category 5 hurricane leveled other parts of the island with landslides and heavy rains, which caused extreme flooding.

Dominica’s economy survives primarily on agriculture with products such as banana, citrus and coffee.  All Crops are wiped out.  There is nothing left.  Trees on the usually green island are like a fall day in the US.  Damage to the rain forest is yet to be assessed.  Hurricane Maria not only caused structural devastation but possible economic devastation as well.

Dominica will rebuild, the people are resilient, but not without the help of all whose hearts are moved to lend a hand. We hope you are among those who will give to help the people of Dominica.

If you are a company or know of a company who can supply some of those needs we encourage you to email us at omatmission1@aol.com.

OMAT has partnered with DASUS (Dominica Association of Seventh-day Adventist in the US) to collect supplies and funds to help with this disaster.
Donate today!! Every little bit counts.